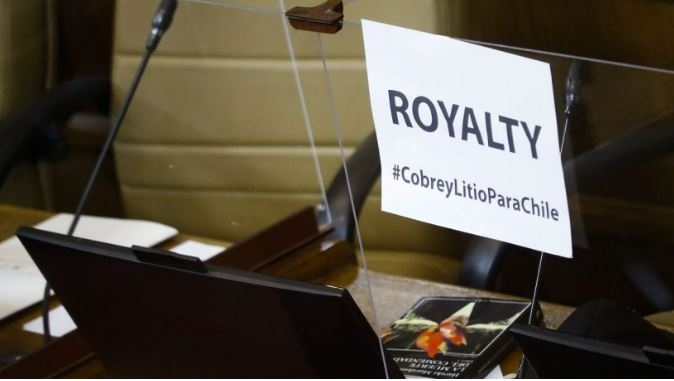 
Industry associations and mining executives have called for changes to Chile’s royalty bill to replace it with a tax on business income.

The Senate Mines Committee has been told the bill is considered discriminatory and will lead to reduced production because high copper prices do not guarantee profitability.

There is consensus that mining companies can contribute more to social welfare financing without jeopardizing industry competitiveness. The royalty bill would ensure compensation to the state based on copper production and price, replacing specific taxes currently levied on business income with a sales tax and a business profit tax. However, critics say this puts lower-grade operations at risk due to higher costs and lower profitability.

The current efficiency of Chilean mining companies fluctuates between 38% and 40%, while the average efficiency in mining countries such as Canada, Australia and Peru is between 40% and 42%.

If the royalty bill is not amended, “we will have to make very difficult decisions and the company’s development in Chile will be affected,” Patricio Hidalgo, managing director of Los Bronces Anglo American, told the committee. At risk, he said, were 640,000 tonnes of copper a year, 32,000 jobs and more than $10 billion in future investments.

Hidalgo said Anglo American has paid $3 billion in taxes over the past five years and expects to allocate $180 million to social programs by 2030.

Canada’s Capstone Copper invested $1.08 billion in operational continuity at its Mantos Blancos mine in Chile between 2015 and 2021; $825 million in the Mantoverde expansion and $1.5 billion in its Santo Domingo project. Capstone vice president Giancarlo Bruno said the company has $2 billion to optimize its processing plants and develop a cobalt project that works with electric vehicles.

High copper prices this year are no guarantee of profitability, and costs have risen due to factors such as higher acid and fuel prices, he said.

The Polish holding Sierra Gorda SCM started operations in 2015 with an investment of US$7.5 billion. For the first six years, the company recorded losses and won’t turn a profit until 2021. But this year it has $5 billion in debt, $198 million in negative equity and a $4.4 billion tax drag, company lawyer Rocío Amarilla said.

Sierra Gorda’s chief financial officer Mishal Bator said the company had considered investing more than $1 billion in Chile by 2026, but “the rule change is unfair and a factor holding us back.”

Like other miners, Anglo American is demanding that the ad valorem portion of the royalty proposal be removed. If not, then it shouldn’t apply without profit. Sierra Gorda requires that carry forward tax losses be considered, with no annual limit. Sonami recommends that the effective tax rate — income tax plus royalties — be no more than 44 percent of the company’s profits.

In a webinar on mining legal challenges organised by the Chilean Chamber of Mines and the Centre for Mining Arbitration and Mediation, BNamericas asked about royalties. The chamber’s secretary general, Patricio Cartagena, said it should continue to be levied through the current mining employment tax, which has stabilized the industry for years.

This tax, also known as royalties, is based solely on business profits.

Mining accounts for 60% of Chile’s exports, 25% of investment and around 15% of GDP. While still the world’s largest copper producer, Chile’s share of global production has been declining. From 32% in 2011-13 and 27% today, July production was down 6% compared to the previous year.

Senate Mining Committee Chairman Loreto Carvajal said Monday that new comments on the bill are expected in mid-October. If finally approved in the Senate, the bill still has to go to the lower house.